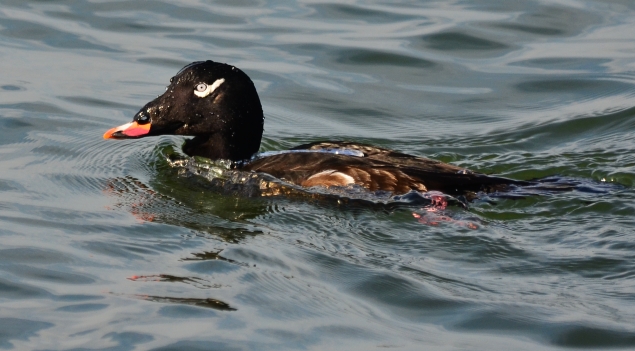 Birding is happening. I'm taking a lot of time off work this month, and more birding is in the forecast. I'm currently writing this from Ventura, so expect some slightly different stuff in the next couple weeks. This post is all about birding the bay area though...and no, I did not see the Rustic Bunting, it was found the day I left Oakland (reported widely the day after that), so I appreciate everyone's concern but I die a little bit inside whenever someone asks me if I saw it...however, it's not a life bird or an ABA bird for me, so I can manage to keep it together...barely. So that aside, this is the first White-winged Scoter I have ever photographed, and I was stoked to get some crushing in. San Leandro Marina, San Leandro, CA. 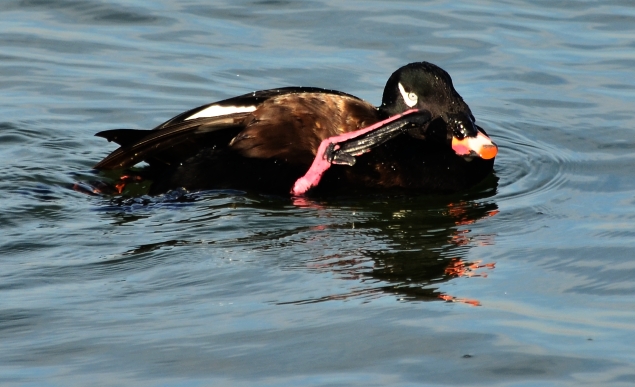 White-winged Scoters are uncommon in much of California, and rarely seem to be close to shore. This bird was actually present here last year and I kept missing the damn thing, so it was good that we could finally meet. San Leandro Marina, CA. 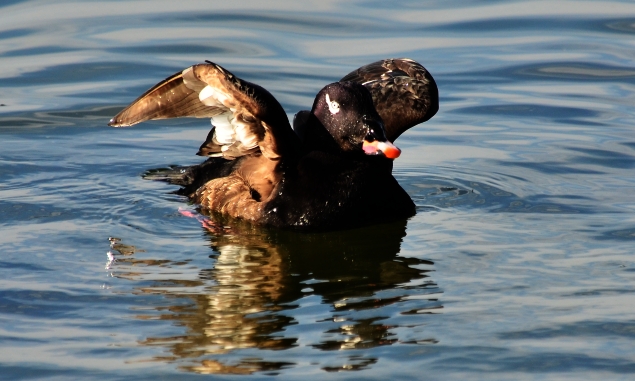 Come to think of it, this is the best look I've ever had of a White-winged Scoter anywhere. I've definitely never known that they had purple heads (look behind the white eyeliner). Great success. San Leandro Marina, CA. 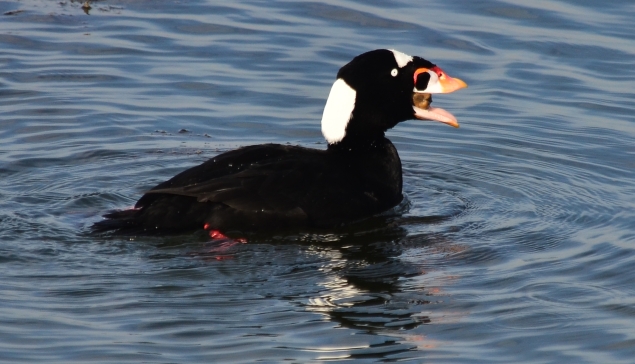 Scoters are crazy. They just wolf down entire shellfish...just swallow that shit whole. People admire vultures for their ability to digest carrion, but I think scoters deserve some digestive credit too...they must have insanely strong innards to be able to internally pulverize the shell without shredding their entire digestive tract. San Leandro Marina, CA. 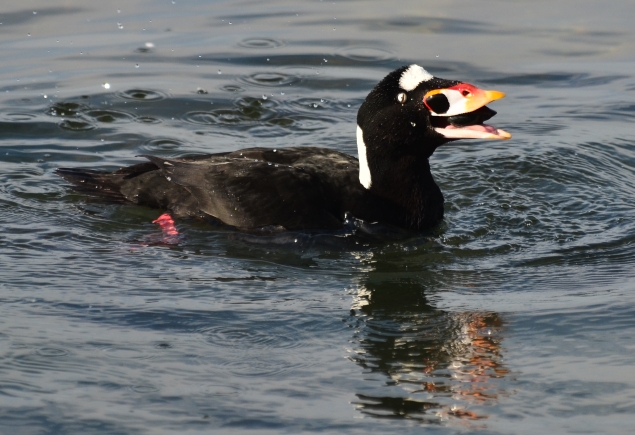 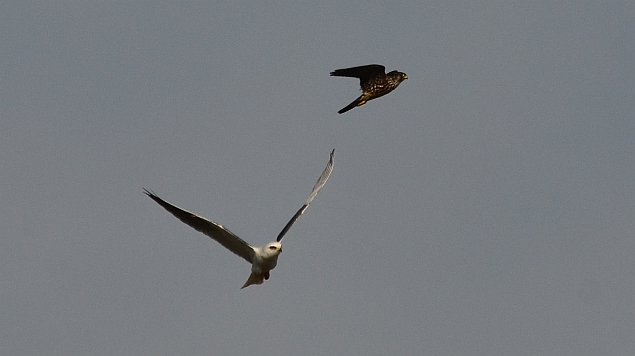 This White-tailed Kite got aggro on a passing Merlin. This is the first time I ever photographed a kite and a Merlin in the same frame, and I expect it will be my last. Mount Trashmore, Hayward, CA. 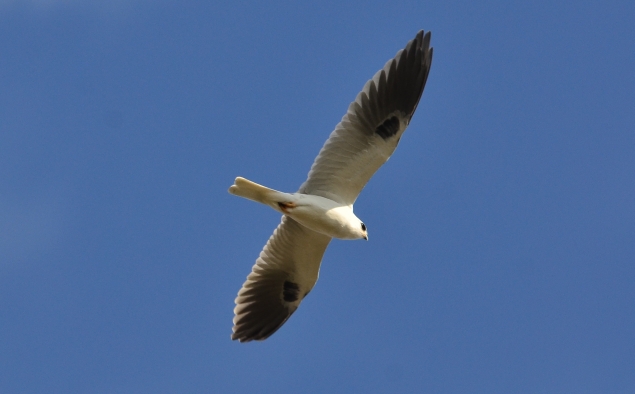 I have never completely understood those isolated black spots on the underwing of White-tailed Kites...none of our other raptors show anything similar. How did that evolve? Is there any functionality associated with them? They do look good, I have to say. 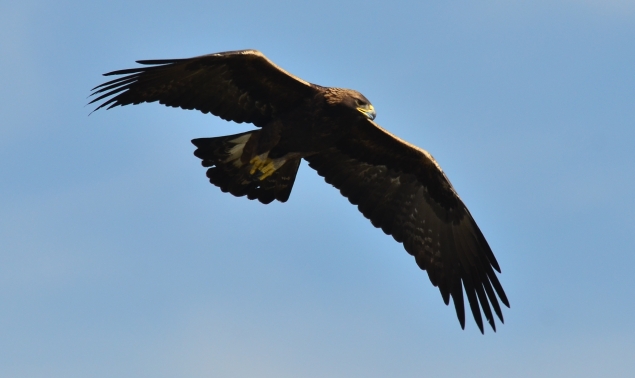 While roaming around for longspurs, this Golden Eagle periodically passed overhead. I hope it got to nail a Canada Goose for a Thanksgiving feast. Photographed at Mt. Trashmore. Whenever I get to see a GOEA up close (which is not very often), I am always struck by how freaking big their talons are. No wonder they can take down a deer. This is one the leading birds on the "majestic" scale, as far as I'm concerned. 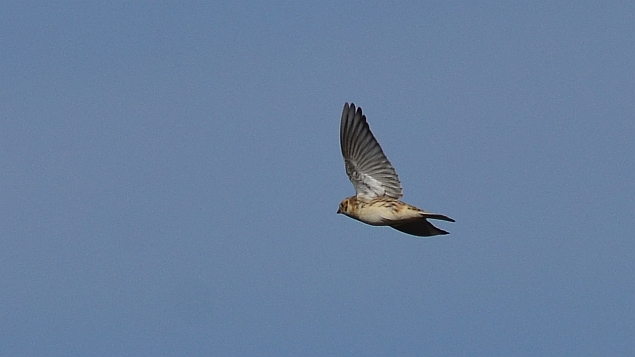 And on the opposite end of the majestic spectrum, we have the Lapland Longspur. Oddly, aside from my time in Alaska (where they were everywhere), I have put far more time and effort into finding longspurs than Golden Eagles. I hope that somewhere a hawk counter is reading this and is completely disgusted by that statement. Photographed on Mount Trashmore. 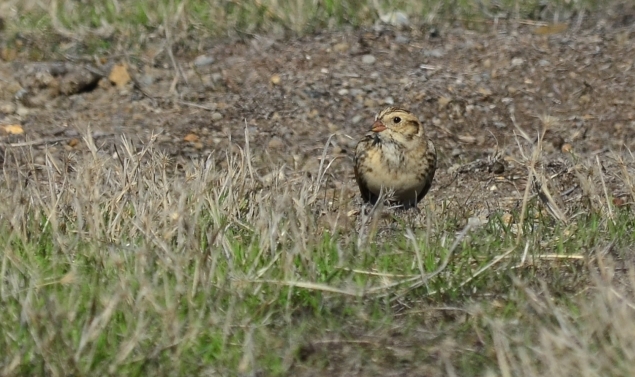 I don't think I saw a single longspur last year, of any species. Pathetic. Now I can say I saw 3 Lapland Longspurs this year, which feels much better. 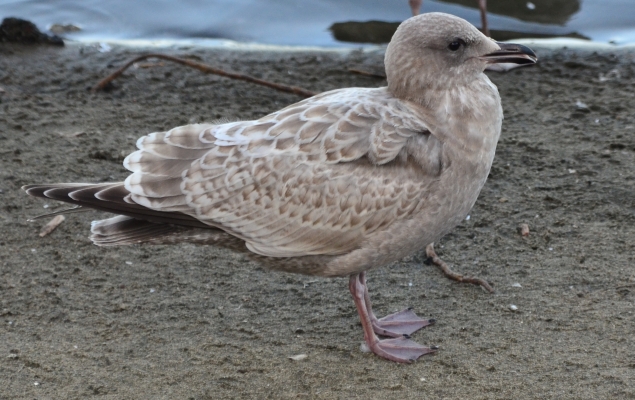 Now we are really getting away from majesty...but Thayer's Gull has a solid fanbase, myself included. Lake Merced, San Francisco, CA. 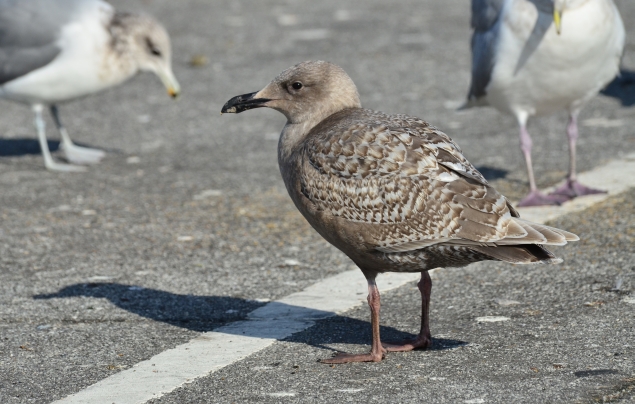 Here's an attractive Western X Glacous-winged Gull hybrid (I think)...they normally don't appear this nice and frosty, but they are a winning gull when they do. San Leandro Marina, CA. 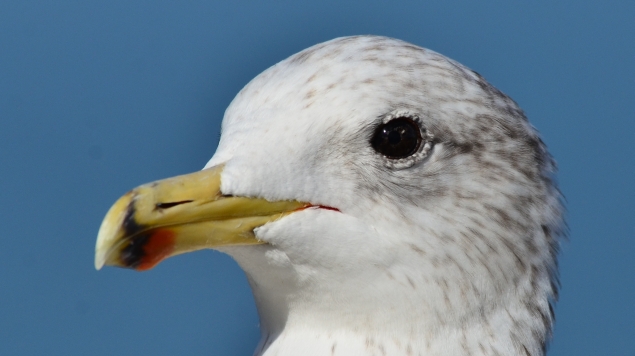 I hardly ever post California Gulls on here...but it's not because I'm not seeing them, I assure you. They are fun to watch at Mono Lake, where they dip for brine shrimp and charge clouds of brine flies, but on the coast they are a parking lot bird. Thankfully, they are not big on hybridizing, but they have not been able to convince their larger relatives to stop doing that. Photographed at Lake Merced, CA.