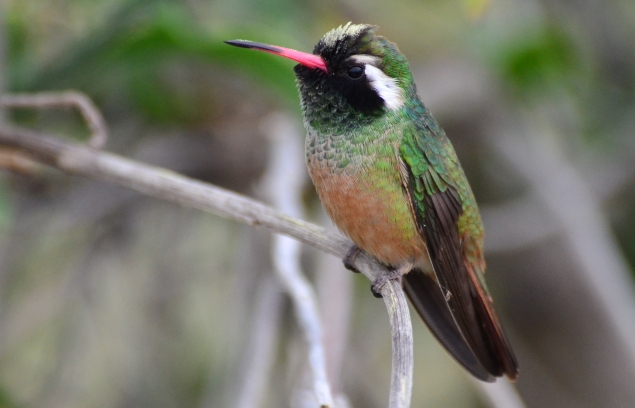 Xantus's Hummingbird was one of my first life birds of 2014. Hopefully we will get another one in California someday, but without the drama and dissolving of friendships that the British Columbia bird caused. Todos Santos, MX.

Birders...I write you on New Year's Eve, just hours before 2014 is shat into temporal oblivion and 2015 hits us on our collective head like a giant ACME brand anvil. This NYE is guaranteed to be the worst in years...tonight there will no bourbon. No bastards. No birds. I have contracted a nasty strain of sickness from Tennessee a few days ago, and I am forced to lay low. There will be no glory for me tonight, nor revelry nor merriment...there will be only NyQuil.  Forecasts of debauchery have been cast aside, and replaced with forecasts of boredom, mediocrity, and FOMO. That said, tomorrow is a new year list! Hopefully by foregoing any raging tonight I will feel like a human being in the next day or two, and the birding (and compensatory raging) can commence.

Those of you familiar with the Birdosphere know what happens at the end of every year...the dreaded yet inevitable year in review. Since I am too wracked with illness to do any actual birding or do anything else fun, I'm going to push this post out today. Hopefully it will make a good read, and we will see you again soon. 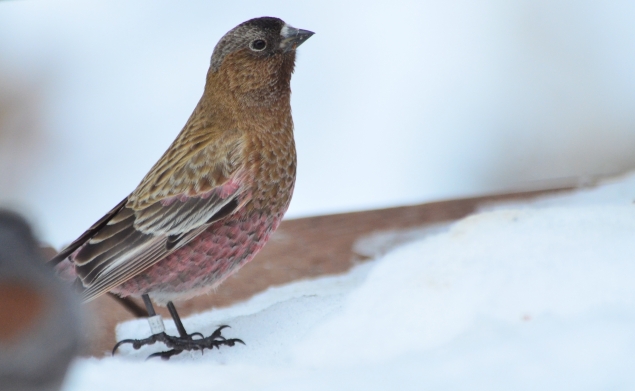 Pinkest Lifers of the Year Y2K14: On my way to Texas last March, I made a small but very important detour in New Mexico to get a couple long-awaited lifer Rosy-finches, Brown-capped (above) and Black. Thank the bird gods this place exists. Sandia Crest Lodge, NM. 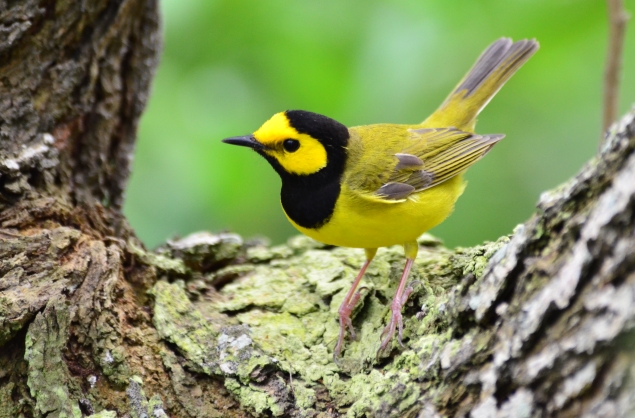 Best Birding of the Year Y2K14: Not really a shocker here...the award goes to spring in South Texas. Are the birding spots crowded? Yes. Are you surrounded by Geri? Always. Are you required to elbow rabid photogs in the ribs? Constantly.  Is there an abundance of facemelt? And you know this. The mix of "valley specialties" combined with huge numbers of migrating passerines and waterbirds (which you can often watch arrive off the Gulf, while you are birding) make for high quality birding. Hooded Warbler, South Padre Island, TX. 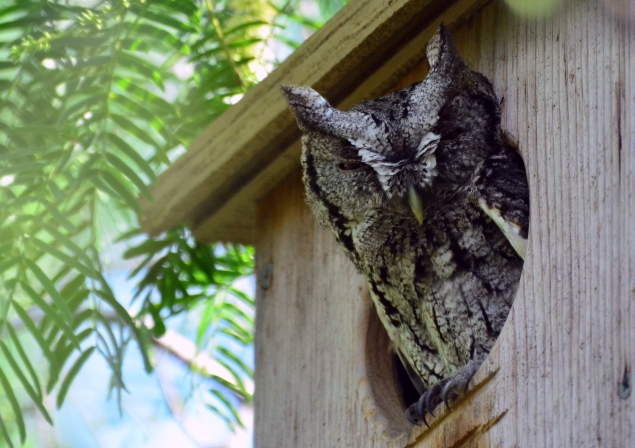 Most Embarrassing Nemesis Defeated Y2K14: Until this year, Eastern Screech-Owl was the most widespread and abundant U.S. bird that I needed to see. It was embarrassing, I will be the first one to admit it. I had heard them and even seen one (horribly), but had not actually had a look at one that warranted counting. That all changed in Texas this spring. Estero Llano Grande State Park, TX. 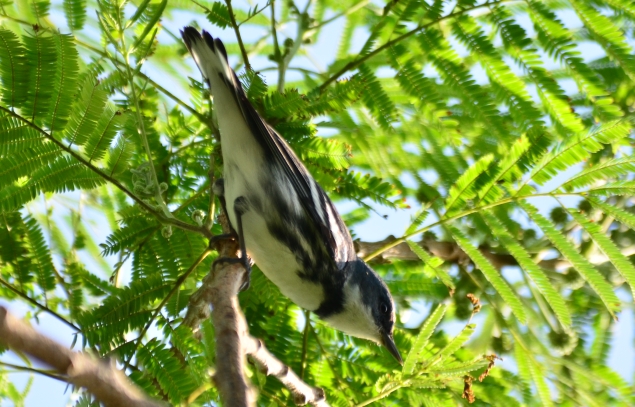 Most Nemesis Nemesis Defeated Y2K14: Cerulean Warbler was the bird I really wanted to see in Texas...or anywhere, to be honest. This is another bird that has languished on my heard-only list for many years, and I have been dying to see one for as long as I can remember. I obsessively visited South Padre Island day after bloody day in hopes of tracking one down, and was finally rewarded with a male and a female on the same day in late April. It was a memorable experience...does this ring a bell?: "Don't hurt me", he said in a feeble whimper. "I just want to see Indigo Buntings".

Texas birding was very eventful, even without any fallouts. Thanks to Nate McGowan and Tiffany Kersten for showing me around, getting me on birds, helping me drink, etc. 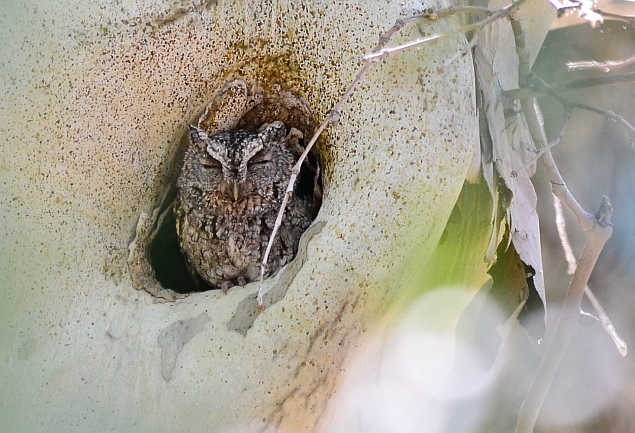 Most Range-Restricted Nemesis Y2K14: I have spent hella time birding in southeast Arizona. I even spent a whole spring doing fieldwork there. I have heard countless Whiskered Screech-Owls...but could never see one. After years of waiting, I finally put this bird to bed (well, it was already asleep) when I saw one of the adults that would spend its days roosting in a nest cavity in Madera Canyon, across from Kubo. As nice as it was to meet this species, this was not the first life bird "Slick" would muster that day. 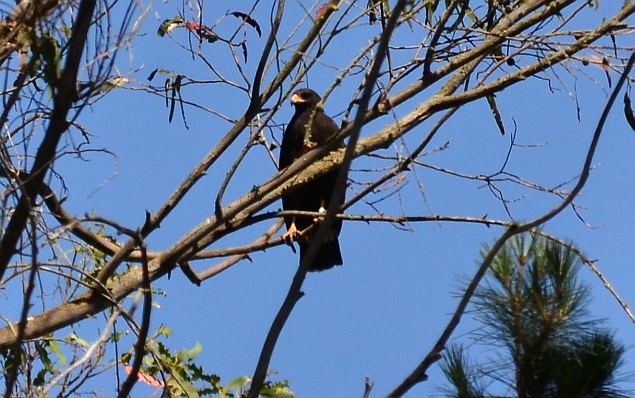 Weirdest Vague Runt Y2K14: After returning to the bay area from the southwest, there was some work to be done...someone from the Inner Circle had finally leaked the location of the nesting Common Black-Hawk in Sonoma County. Many Bothans died to bring us this information.  This absurdly rare bird has not only been living here for years, it has actually been nesting...with a Red-shouldered Hawk. I got to see the whole family...the hybrid offspring was truly bizarre, I would love to see it as an adult someday. Photographed at Super Secret Inner Circle Location, Sonoma County, CA. Don't check eBird or anything.

Best CA Bird Y2K14: Rustic Bunting. You all know about this bird. I don't have photos (maybe next year?), I'm just stoked that I actually saw it. The birding gods have truly smiled on me in order to keep this bird in Golden Gate Park for almost two weeks. I left the bay area the day the bird had originally been found...I almost quit birding, but luckily the bird decided to winter here. So I'm still birding.

Worst Dip Y2K14: I guess I'll give this award to San Francisco's Sulphur-bellied Flycatcher, but 100% of the birders who chased it were met only with failure, so I don't feel that bad. However, the Brambling wintering in Arcata is causing significant mental anguish...that bird showed up the day after I was last in Arcata, and it is still taunting me.

Nerdiest Birder Gathering Y2K14: This Machine Nate, Flycatcher Jen, The Laurence and Seagull Steve, all aboard the same pelagic trip. It was an unholy union of bird bloggers, and I still feel the residual shame.

Most Awkward Birding Event Y2K14: In response to mentioning some distant Swainson's Hawks, a man at a Harlingen, TX, birding site told me, "there's something else I'd like to get a closer look at", and then offered to orally pleasure me. He was really persistent about it too, talking about how skilled he was, and eventually threw his hands in the air (seriously) and gave me the "your loss" look when I kept turning him down. So if you're a dude and you're into that sort of thing, go bird Hugh Ramsey Nature Park. If your'e not into that sort of thing, don't make eye contact with anyone who isn't wearing binoculars. 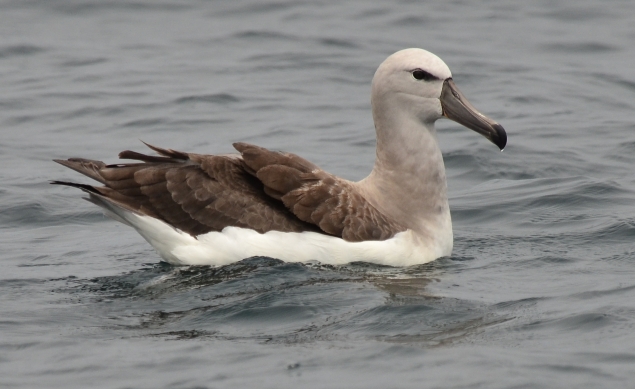 Vague Runt of the Year Y2K14: Salvin's Albatross. Aside from the sheer rarity of this very majestic bird, the incredible amount of luck that went into seeing it is still difficult for me to wrap my mind around. Half Moon Bay, CA. 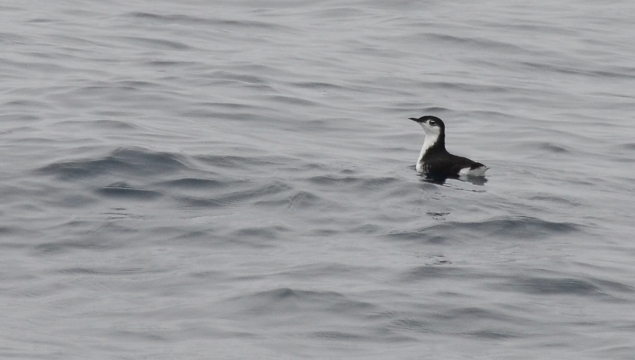 Hoped-for Lifer of the Year Y2K14: This is a weird category...but so what? Birding is weird. Anyways, the winner of this category is Guadalupe Murrelet. The water was very, very warm off central and northern California this year, which led to very different (and generally less birdy) conditions than the ones we encountered in 2013. That said, the warm water brought me life Craveri's and Guadalupe Murrelets, which is exactly what I asked Santa for when rumors of El Nino abounded last summer. Photographed off Bodega Bay, CA. 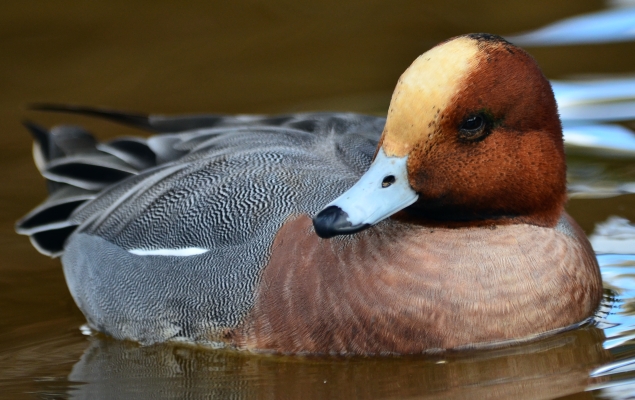 Honorable Crush Y2K14: Eurasian Wigeon. Eurasian Wigeons are not particularly rare here, but I have never crushed one so hard before. Photographed in Thousand Oaks, CA.

Strangest Birding Event of Y2K14: The Murrelet Incident. The murrelet continues to have believers, by the way...the Incident may yet still be unfolding. 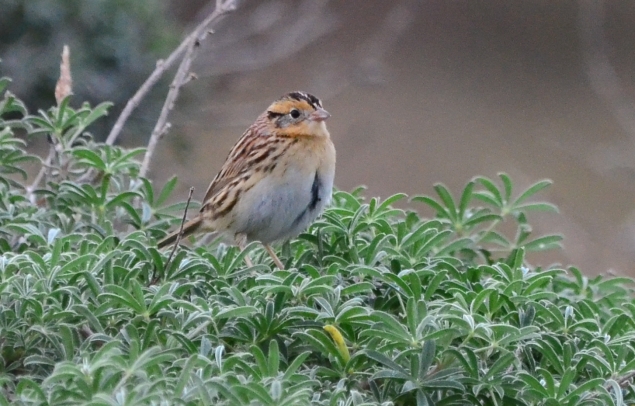 Honorable Vague Runt Y2K14: LeConte's Sparrow. Why hello LeConte's Sparrow! You are so brightly colored and enthusiastic...you must possess a real Positive Mental Attitude. Thank you for being so brave and confiding, unlike every other member of your species I have ever seen. Abbott's Lagoon, Marin County, CA.
Share